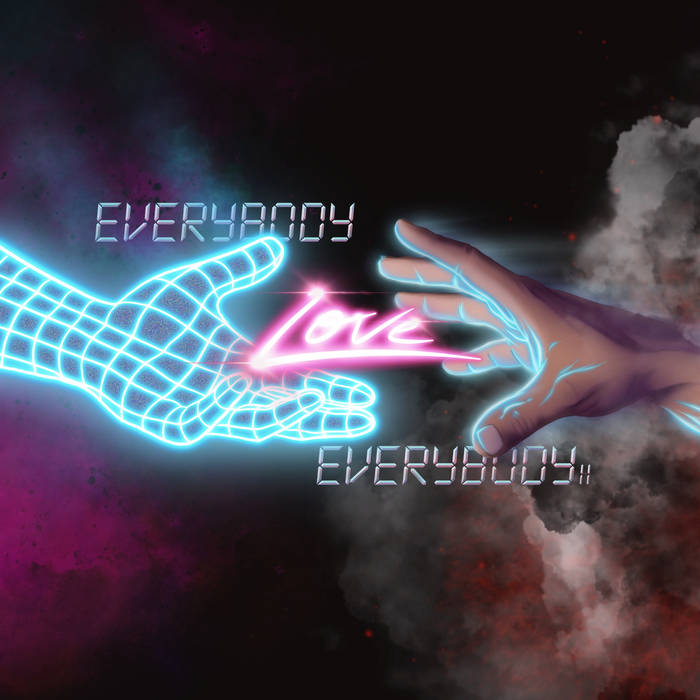 Look to your left. Now to your right.
What do you see? We see optimism and hope.
We see people who need our help. So let's help.

Retro Promenade Presents
Everybody Love Everybody

Everybody Love Everybody is a charity release series comprised of digital retro artists coming together using the power of the internet to raise awareness to help all of those fighting the good fight out there in the real world.

We've come together to provide high quality entertainment in the form of 80s/90s inspired music and art to send a message that we cannot allow racism and systemic abuses to tarry on as go forward into the future together.

100% of proceeds from sales of this release series will go towards the National Bail Out organization. National Bail Out is a Black-led and Black-centered collective of abolitionist organizers, lawyers and activists building a community-based movement to support our folks and end systems of pretrial detention and ultimately mass incarceration. Learn more at www.nationalbailout.org.

Special Thanks to: Andy Last, Nightride.fm, Neon Fawkes, All the artists Involved for creating new tracks and lending older tracks, A special shout out to Jordan Noir for rocking the artwork in such a short amount of time, And thank you to all the fans of the Synthwave community

It's the Biggest Party in the Synthwave Galaxy,
And Everyone's Invited

Become a Patron of the Retro Arts

We traffic in Nostalgia. Glow on.
RetroPromenade.com

Become a Patron of the Retro Arts patreon.com/retropromenade

Bandcamp Daily  your guide to the world of Bandcamp

New sounds from Mavi, Ivy Sole & Moderator, plus AJ, the One joins the show, for her latest release