It's Christmas Time! IV: The Quest For Peace 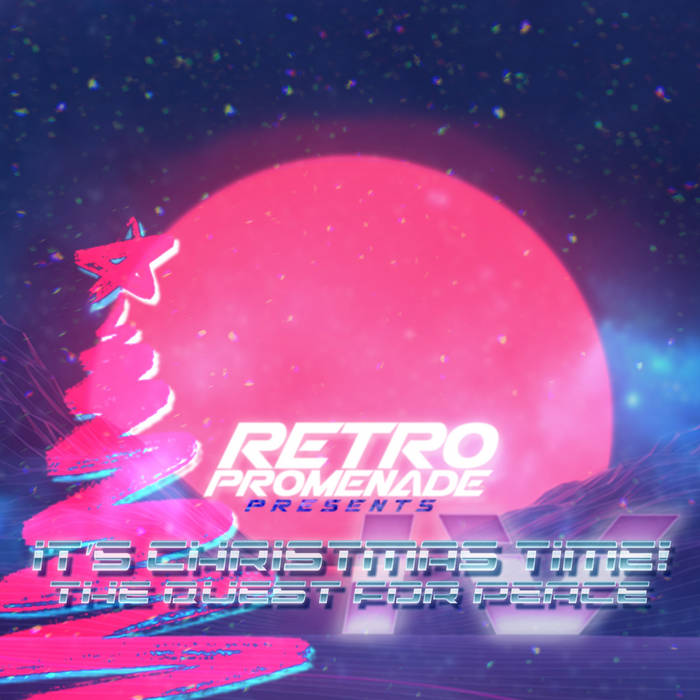 DJ Home Movies Retrowave, but for Christmas. Synthmas. Actually great stuff not just reserved for the season. A lot of them are almost like synth ballads, sounding as if it was the ending credits to a perilous yet heart-warming journey, especially "Holiday Nights." Hard not to fall in love with. <3 Favorite track: Holiday Nights.

That special moment.
It's a quiet moment but it's the loudest moment you've felt all year.
You're so excited that you just can't sleep.
Every single memory is hitting you all at once. Nostalgia overload.
Now the clock says 12:01 and you can't help but smile...
It's Christmas Time!

It's the biggest holiday party in the synthwave galaxy, and everyone's invited!

Assembled here are some of the best and brightest stars of the synthwave world. They've tapped into their yesteryears of the 70s, 80s, & 90s to create a whole set of brand new winter jams for you to enjoy during this festive time of year. This is what Christmas and the Holiday Season means to them.

This work is licensed under the Creative Commons Attribution-NonCommercial 4.0 International License. To view a copy of this license, visit creativecommons.org/licenses/by-nc/4.0/. see less
credits

Pre-Order 12.17.19
The Pre-Order is to give super fans and early birds the option to download the first five tracks two days before the official release date of 12.19.17, and then all the tracks will be free across the galaxy! Also, if you pre-order, you won't have to worry about forgetting to come back for the rest of the album, it'll automatically hit your inbox the second it comes out!

Merry Christmas and a Happy New Year, everyone!

Art by
Who Ha

Special Thanks go out to Rick Shithouse (Synthetix.fm), Andy Last (Beyond Synth Podcast), Silent Gloves (Power85.com), and of course the super super rad fans of the synthwave community :)

We traffic in Nostalgia. Glow on.
RetroPromenade.com

Become a Patron of the Retro Arts patreon.com/retropromenade

Bandcamp Daily  your guide to the world of Bandcamp

New sounds from Mavi, Ivy Sole & Moderator, plus AJ, the One joins the show, for her latest release